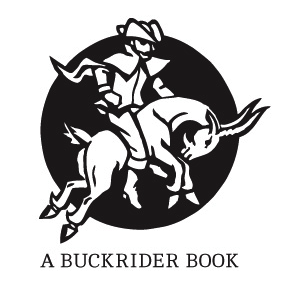 The imprint I edit for Wolsak & Wynn is called Buckrider Books, but what is a Buckrider?

According to legend, the buckriders (or de bokkenrijders) were bands of robbers who terrorized the countryside around present-day Limburg in the 18th century. Having made a pact with Satan, the buckriders would fly through the sky on the backs of goats, stealing from travellers, farms and churches. Hundreds of suspected buckriders were rounded up and executed in a vicious crackdown that was part Salem witch trials, part Spanish inquisition.

Princeton University has a short encapsulation of the buckrider legend here, and for a slightly more detailed account, Dutch Ancestry Magazine has an article with links to a buckrider genealogy board here, and there's even a society of historians called the Buckrider Fellowship who are dedicated to researching and preserving the history of the buckriders.

The legend still has a lot of influence in the region today. Flanders Today published an article last year in its Mysterious Flanders series called "Uneasy Riders" about the effect of the legend on the community of Wellen and its overlap with the tragic fate of an early Flemish cycling hero. And today in the Dutch city of Roermond, sportsfans can cheer on the local rugby club the Bokkerijders!  I think I'll see if I can get my hands on one of their jerseys.

Posted by Paul Vermeersch at 12:07