Well, thanks to a little something called "reading week" I finally have a few days to myself, and I thought I would catch up with what's new on my bookshelf. Let's start with three books I picked up today. 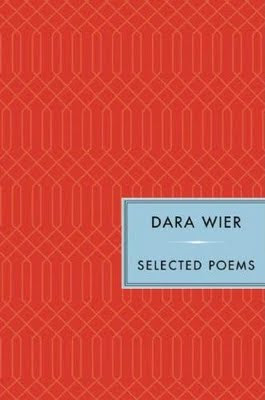 
Wave Books has done the world a favour by publishing this book. I hope this selection of Wier's poems brings new readers to her work.

Stuart Ross pointed her work out to me years ago, and I've been reading it ever since. Some of her works are difficult to come by in , though, so when I saw this on the shelf at Type Books, I snatched it up!

Wier doesn't appear to be interested in being a mere traditionalist, but she doesn't seem interested in doing something new for the sake of doing something new, either. Rather, it seems likes she's always looking for the way the poem wants to be written. Almost never is a word, a line-break, or a punctuation mark out of place. These poems are technically neat as a pin, but the thoughts they contain seem to rage and wander and fret and sometimes moon the world. Her poems are funny without being trite, startlingly beautiful without being overly dramatic about it, and thoughtful without rubbing the reader's nose in philosophical pretentions. Rare traits all. I recommend her poems highly. 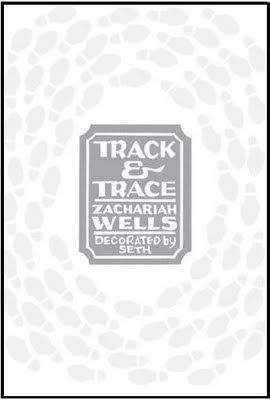 This is, without a doubt, one of the most beautifully produced trade paperback editions of a poetry book I have ever seen published in (and with publishers like Gaspereau Press, Pedlar Press, and this book's publisher Biblioasis on the scene, there are more beautiful trade paperbacks around than ever before). When I first heard it was being illustrated by Seth, I worried the result might be a little too gimmicky, but no. Seth's stark, simple illustrations work well as a counterpoint to Zach's meticulous craftsmanship. As for the poems themselves, Zach has definitely built on the burly aesthetic he demonstrated in his first book (which was edited by me, incidentally). This is an aesthetic generally characterized by an assertive (even, at times, severe) approach to metre that is enhanced by an ardent attention to sonic effects like alliteration, syncopation, rhyme, etc., and his control over such a severe metre is both admirable and remarkable (only on a couple of occasions does it sound too conveniently clippity-cloppity to my ear). And verse with such a robust physicality is well-suited to his subject matter: woods, ponds, floods, cormorants, slugs, briars, ice floes, etc.

I'm recommending that you order one today. 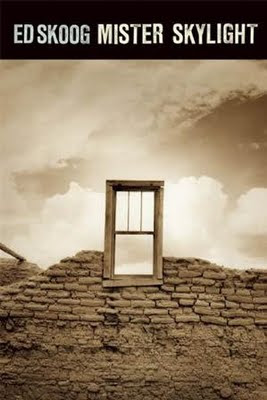 
If you haven't heard of Ed Skoog yet, memorize the name. This is his first collection, and it is stunning. Thanks to a tip from my good friend Chris Banks, I read some of Skoog's work in APR a while back and just loved it.

The poetry of both Dara Wier and Zachariah Wells, although very different to one another in style and technique, leaves the reader with a tangible sense of the intellectual vigor and material craftsmanship that went into it. Not so much with Skoog. Not to say these poems are not wonderfully thoughtful and well-crafted, they are! Often with tremendous formal constraints and schemes ("Canzoniere of Late July" will blow your mind). But Skoog manages to make it appear effortless, natural, protean -- It's an illusion, of course, and a good one, and one that makes the strength of the work all the more powerful for the reader. Skoog brings his combination of innate talent and acquired skills to bear on a poetic debut that's truly exciting and memorable.

Posted by Paul Vermeersch at 16:47

Thanks so much for the kind words about SELECTED POEMS, I appreciate it.

It's was a pleasure, Dara. I hope the book is a huge success. It certainly deserves to be.