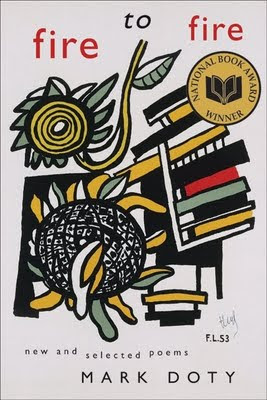 Fire to Fire: New and Selected Poems by Mark Doty

Mark Doty is one of those poets I have enjoyed reading for a long time, but there are still large gaps in my experience with his work. I hope that this volume will help me to fill many of those gaps, and that is exactly what a 'new and selected' volume of poems is supposed to do. 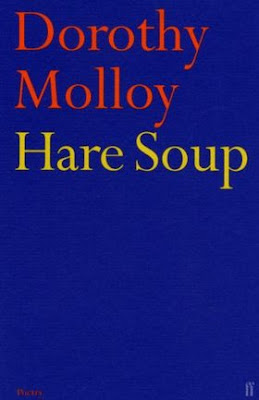 Dorothy Molloy's wonderful poetry first caught my attention with her marvellous second collection Gethsemane Day in 2006. Her first collection, Hare Soup, was published in 2004 just weeks after her untimely death due to cancer.

Her poems are technically adroit and playful and full of sex and gusto. One could say she wrote "populist" poetry in the same sense one could say the same thing about Philip Larkin. The poems are certainly entertaining, but by no means should anyone take "entertaining" or "populist" to mean they aren't technically excellent, or inventive, or barbed with intellect and wit. She was a fine poet who died too soon, but we should be glad for these two excellent books.


Next we have three recent titles from Nightwood Editions, showing why Nightwood is one of the most exciting small literary publishers in Canada. 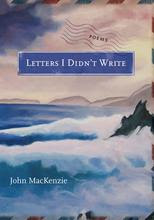 John MacKenzie is another poet I've been reading for years, and he keeps getting better and better. His first book was published around the same time as mine, and we were both shortlisted for the 2001 Gerald Lampert Memorial Award, both of us joining the long list of distinguished poets who haven't won that award.

His new book invokes Hank Williams and Federico Garcia Lorca with equal aplomb (among other things), demonstrating not only his technical skills, but also his chameleon-like command over a poem's voice. 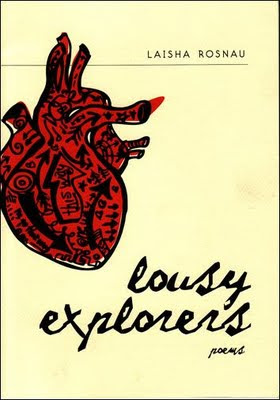 Rosnau's new book is mostly about domestic stuff: moving to a new place, going to a shopping mall, new marriages and motherhood and all that Home & Garden shit that normally makes me want to throw a book of poetry straight down the hole of the nearest outhouse... except of course when Laisha Rosnau writes it!

Unlike a lot of poetry that focuses on themes of domesticity, there are none of those fucking poems that use glaring sexual innuendo to describe the eating of something mildly exotic like, shall we say, a bowl of spicy pumpkin soup (you know the kind: 'I plop a dollop of cream in its middle...' FUCK OFF!). And thank goodness for that! To the contrary, Rosnau's poems are never content with mere fantasies of suburban prettiness. She brings a psychological depth and gravitas reminiscent of William Stafford's or James Dickey's disturbed rural precincts into the residential corridors of southern British Columbia, and that makes me very happy. 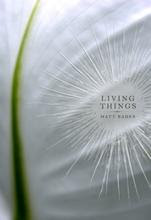 If this book is any indicator, Matt Rader and I share a lot of thematic preoccupations in our writing, so of course he has my complete attention. For his second collection, Rader has crafted poems in tune with the physical world, the wonder of nature, and the constantly rolling crest of history's wave. I like Rader's first book very much, but this one? I absolutely love it!

Posted by Paul Vermeersch at 13:52